Globalization, nation-state, globalism(s) – which one do we choose? 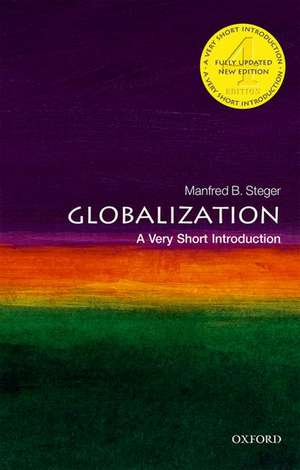 I have first discovered Manfred B. Steger as a researcher on the „global imaginary” when analyzing cultural and media flows around the world, a couple of years ago. Ever since, I wanted to read more of his work on globalization and what this imaginary entails: considering oneself the citizen of the world, identifying more with certain universal values than with a national identity, buying into consumerism and mass culture etc. So, some time ago, the moment came. I could now read all about it, in a concise manner: Globalization. A very short introduction. Short, but intense, with all the right nuances, as it is very difficult to pinpoint what globalization is and isn’t, where it all began and so on.

This guide is an overview, taking into account different timelines for globalization going back to the first hunter-gatherers in our species and the rise of civilizations (and empires), although as a concept, it is a modern one. And, then, highlighting 5 dimensions that one can extract when trying to analyze global entities, flows, structures, influences, resources, territories etc. These dimensions are of course: economic, political, cultural, ecological and ideological.

But first, the main operative definitions, as Steger suggests: The often-repeated truism that globalization (the process) leads to more globalization (the condition) does not allow us to draw meaningful analytical distinctions between causes and effects. / Hence I suggest that we adopt three different but related terms. First, globality signifies a social condition characterized by tight global economic, political, cultural, and environmental interconnections and flows that make most of the currently existing borders and boundaries irrelevant. (…) Second, let us adopt global imaginary to refer to people’s growing consciousness of thickening globality. (…) The intensification of global consciousness destabilizes and unsettles the nation-state framework within which people have imagined their communal existence. (…) Finally, globalization is a spatial concept signifying a set of social processes that transform our present social condition of conventional nationality into one of globality.

What isn’t global then? If we consider the cultural dimension, than the influences and „migration” of writing, for instance, or the wheel (both around 3500-3000 BCE), than we have been global since we started creating settlements. The digital has only made it more visible and accelerated in terms of cultures influencing one another into adopting objects, behaviours etc. But things get complicated when the two main „ideologies” clash – the nation-state and the global. Both imagined at various times in history (see Benedict Anderson’s take on nations as imagined communities, a theory from the '80s), they entail different ways of conducting economics and politics. Steger highlights here great examples like the establishment of the International Monetary Fund after WWII or the rise of the EU, while also addressing inequalities, the US economic crisis in 2008 or the Chinese economic crisis in 2016.

Also, when addressing the ecological and the ideological dimensions, Steger navigates the contradictions in terms of working together for global safety (climate change, pollution etc.) versus transnational corporations, the free market globalism and consumerism.

With a lot of facts and charts, Steger’s Globalization is a powerful read, as it remains neutral while critiquing what forces shaped the world as we know it today, the dominant discourses of capitalism, globalism(s) and the nation-state framework, making it a compulsory guide if you want to better understand why extremist frameworks are on the rise or why economic bubbles and crises are the norm.

Did you know that the ice that melted in the last 20 years is more than the one melted in the previous 10000 years for instance? Or that the EU began in 1957 and Romania and Bulgaria adhered in 2007, exactly 50 years later? Or that Apple’s market value in 2015 was 725 billion $, more than Turkey’s GDP (722 billion $)? Or that 48,2% internet users in 2015 are from Asia? Really puts things in perspective. It’s numbers and the dominant narratives various „institutions” (states, regional political entities, corporations, international NGOs, terrorists, religious movements etc.) create to further their individual agenda, and then there’s migration, ecology and culture that represent the shapes and consequences on both a macro and micro level involvement. Steger is very good at pointing the macro lens for the reader to better grasp the difficult power relations and global flows of an interconnected world, with its „good” and „bad”.

All in all, this guide is very well written and structured, with clear examples to pinpoint more abstract terms or ideologies, while never trying to simplify the narrative. I really appreciated his research and balanced tone while addressing humanitarian crises, historical issues, geopolitical blunders and so on. And, once again, I urge you all to read it, as a basic understanding of what globalization is, was and can be, further on.