The book that opened my eyes

I’ve wanted to read All the Light We Cannot See by Anthony Doerr since like forever. This is one of those books that ever since coming out last year picked up a lot of traction both from fans and from the critics and blew past a lot of other books to solidify its place on the best seller’s and the awards list, winning 2014’s Goodreads Choice Awards for Best Historical Fiction and 2015’s Pulitzer Prize for Fiction. 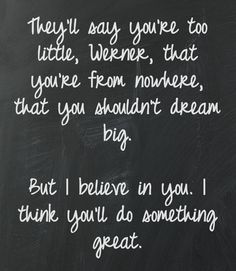 Lately I’ve found myself reading or being more interested in historical fiction novels because I feel that it gives a little something extra to the fiction part of the book than a novel that doesn’t have such a well-defined place and time, where you as a reader can connect more dots that given with things that you read in other books or know in general about history.

Doerr’s book is a must-read and not because everyone else already read it or because it won awards but because it just wins you over and it makes you enjoy it even more through the carefully constructed characters and the whole plot which unravels at a pace that doesn’t give it all away too soon but doesn’t make you read 400 pages just to get you to the juicy stuff on the last 50 left.

The action is placed at the beginning of WWII and follows our heroes throughout the whole war and then the years after it has ended, while they try to make sense of their lives and live through one of the most horrible times in modern history. 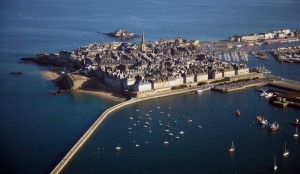 The story is split into three points of view which is great because some events are told from the perspective of all three while giving you a panoramic view of events, and those that aren’t just make you want to read faster so you can catch up on what they’ve been doing. First there’s Marie-Laure, the blind daughter of the Museum of Natural History’s locksmith, a girl for which a new world just as rich and the normal one opens up as the light in her eyes closes. Then there’s Werner, the young German orphan who is passionate about science and radios. Both of these change the predestined path of his life by going out to fight the war instead of going in the coal mines of Zollverein. Last on the list is Sergeant Major Reinhold von Rumpel, a Nazi treasure hunter whose lust for the Sea of Flames, a legendary cursed jewel, makes him cross paths with Werner and Marie-Laure.

Aside from their individual stories we find others like the story of countries (France and Germany), the story of the ghosts of war that leave irreversible marks upon those they’ve touched like Marie-Laure’s uncle, the story of the Resistance and of unlikely spies that are fighting for freedom, and the story within a story – that of Jules Verne’s books and characters that seem to mimic in part the events and people of the current book.

It’s hard for me to pinpoint what I’ve loved more about this book so I’ll just give a list of random things that made my day:
• The chapters are short and to the point which made the book a breeze to read
• The characters are intriguing and for most of the time polar opposites that come together like the facets of a jewel
• There is a perfect balance between the sorrows of the outside world and those of the characters which balances the risk of having too heavy a subject or too much sappiness
• Did I mention Jules Verne? Never has a book made me want to read another book so much as this one did
• There’s Paris and the enchanted world at the Museum, the miniature houses and maps of where Marie-Laure lives and Saint-Malo
• There’s Werner’s world which is in such a stark contrast to that of Marie-Laure. The antithesis between the two plays nicely and beautifully and makes you appreciate everything even more

And the list could go on and on and on until my fingers would go numb with typing.