The real shadows linger inside

The second part in The Dark Artifices series dives deep into the shadowhunters' world, with even more drama, romance, and plot twists.

That I was eagerly waiting for this second installment is an understatement. As always, within Cassandra Clare's worlds, as a reader you are constantly waiting, anticipating and guessing which direction will this or that head towards. Lord of Shadows continues the newest series in the Shadowhunters universe, The Dark Artifices (gloomy name, gloomy tale), only to delve deeper in each character's motivations, anxieties and flaws.

Forbidden love, powerful warlocks, crazy faeries - we have them all together again, each with his or her own devices and agenda. Emma Carstairs and Julian Blackthorn need to understand their relationship as friends, parabatai and more, Mark explores his half-faerie legacy in a twisted pair with a shadowhunter - Cristina, and an Unseelie prince - Kieran, characters from The Mortal Instruments make various appearances, as the Blackthorn family and a new Herondale - Kit - are further shaped and explored. This volume feels more like a well written exercise in character development, while the action and the greater good fall into the background, which reminds me of „the real life" and the personal concerns that top everything at times. This constant quest between the shoulds and the needs, of course, unfolds in what will probably become a new epic battle with Shadowhunters, Downworlders and politics intertwined. 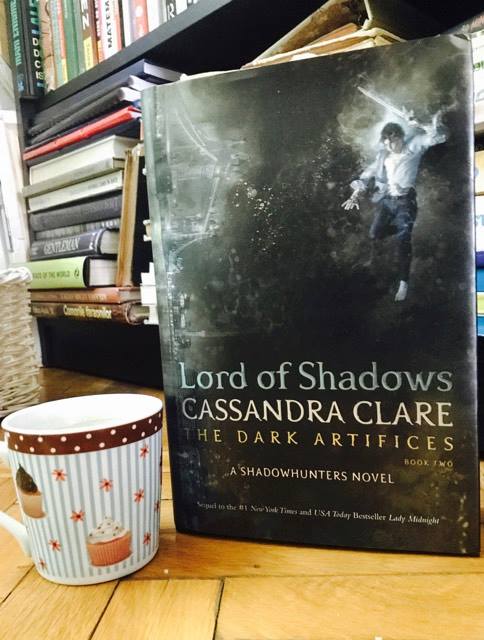 Cassandra Clare uses fantasy as a powerful tool to address current issues such as autism, transgender rights, minority rights, while using even extremist factions in the Shadowhunter „government" as a means to create both personal, and group conflicts. I really enjoyed that part of the writing, while also being attracted by the characters involved: Kit, Ty, Kieran, Magnus etc.
Moreover, in terms of characters being carefully expressed and written, Kit and Kieran are two nice surprises, showing an array of emotions and depth in various degrees. I won't analyze Emma, Julian or the ones that appear more since the beginning, as their motivations only get deeper and more obsessive, becoming almost fated personality identifiers. Like Mark, for instance: Mark associated different rooms in the Institute with different feelings, most of them new since his return.. We get the chance to peek „inside" almost all of them, which I think this second volume is really about.

I only see one fallback in all of this, one love triangle too many, an easy and overused trick in current young adult fantasy that I am fed up with. If it's properly done and has a point in plot advancement, so be it, but if it's just a leitmotif for fans to keep on rooting or extra drama (just for the sake of it), then please stop using it. Choices are difficult, but that's what makes them choices.

All in all, I have read this one in two days, which I think says something about it… or about my overexcited self. Lord of Shadows manages to raise even more questions and deepen the plot, involving major threats both from the Unseelie King and the factions within Shadowhunters' rule, while only partially solving smaller plot twists from the first one and creating the needed momentum for the final installment. It's well written, fast paced and more „interiorized" than the others, maybe pointing at a more mature Clare trying to focus on character development than narrative per se. It is also a bit long and with some extra drama, both which could have been avoided, but those don't take much of its charm in the end. Can't wait for the denouement!